Everything started in 2002 in a tiny village named Petrognola… 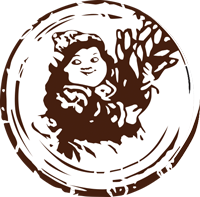 a town just a few minutes from Piazza al Serchio, when Roberto Giannarelli decided to turn a passion into a job that he still carries – production of beer.

Initially, the beer was brewed at home using minimal tools needed, a thermometer, a ladle and pot in which the mother of Roberto was once made the excellent fireplace soup. The consumption of beer is still restricted to lucky friends, who immediately appreciate the taste of original recipes using farro.
This enthusiasm pushed Roberto to purchase in 2005 the first “small” plant of 100 liters, enclosing the factory in a 4×4 room of the house and the fermentation room into an even smaller 2×2 m. room.

The first requests for product as well as pressing bureaucratic reasons lead to taking the first step toward a brewery. Roberto decided to invest and finally crown his dream shifting production to the historic former barn renovated ad hoc to accommodate new plants and definitely give rise to La Petrognola Brewery: a room with cooking facility of Austrian 500-liter and two 1,500 liter fermenters with a production capacity of 1000 liters per week, bottling manual closely and a small heated room for the second fermentation in the bottle ensure an annual production of 440 hl.

the amber farro beer is awarded the l’UnionBirrai prize as “Best Craft Beer of the Year” in the category beers with other cereals. The awards will be repeated again in subsequent years for both amber farro beer as well as for the black farro.

there was the prestigious exposition of the Salone del Gusto in Turin, Petrognola with beer to accompany Garfagnana food specialities . Increased sales and production together with the spaces that were no longer sufficient: in 2010, we proceeded to purchase another 2 fermenters and transfer the plant to a structure of 250 square meters which was equipped with a bottling plant, with a labelling and a ripening room at a constant temperature that will allow the beers to realize a true quantum leap.

the Petrognola line of beers is extended, including a line of 5 beers made ​​from farro, 5 beers of malt barley and also its particular Garfagnana “Marron” chestnut beer. The continuous succession of awards and honours and the construction of new plants and bottling methods, make the Petrognola Brewery a perfect blend of craftsmanship and productivity.